These past few months of relative social lockdown have left many of us biking types eager to get out there and socialize with other riders. Unfortunately, most every motorcycle gathering previously scheduled for this summer has been cancelled, leaving us to ride without the usual cameraderie and group fellowship important to many in the sport….

Lining Up Our Ducs

We’ve long been fans of Italian motorbikes here at CRM, having transformed a 999 track bike of ours into a funky, post-modern streetfighter a couple of years back. That particular build, that centered on maintaining the 999s focus on blistering speed while making the Italian screamer more everyday rideable really struck a chord with readers,…

The CRM team is back in sun-drenched So Cal this week, testing an array of new 2020 streetbikes for upcoming issues of the magazine. The market seems to me finally shrugging off it’s sluggishness as thousands of people who are tired of living inside their homes are discovering and re-discovering the thrills of two-wheeled travel….

Taking A Shine To It

A sudden rainstorm in recent days left our 1973 Norton Commando looking, as our British friends tend to say, a little second-hand. It’s a source of endless amusement here at the CRM HQ that England, a country with perpetually rainy weather, can also be credited with popularizing cafe racers sporting shiny, polished alloy bodywork. Back…

Blake Kelly’s inspired Honda CB450 build in Cafe Racer’s J Cafe Racer’s latest, June/July issue hits the newsstands this week and we’ve cooked up a real treat of a feature for custom motorcycle fans. We’re generally so busy spinning wrenches in the CRM garage that we seldom have time for reflection, but just recently, contributor…

Classy BD’s Cycles paint adorns this timeless Honda four. Your bike could be next. With so many of this year’s motorcycle events cancelled or postponed, it’s a bright spot for ton-up aficionados to know our 13th Annual Reader’s Ride-In Custom Show is still a go for Sunday, August 16. This year’s gathering at Sewickley’s War…

We’re just putting the finishing touches on Cafe Racer magazine’s June/July issue which includes some fun, informative stories about our favorite brand of custom motorcycles. Our esteemed columnist Robert Pandya’s Inside Line story for this issue focuses on something most of us never knew existed. Robert, who has worked deep inside the motorcycle industry for…

Better Than The Real Thing?

The current issue’s cover story has generated quite a bit of feedback from readers who were thrilled to see the intense level of craftsmanship and detail that goes into creating a show-winning Vincent V-twin replica. The two bikes featured were both built in the Iowa garage of Greg Hageman, a custom motorcycle wizard who has… 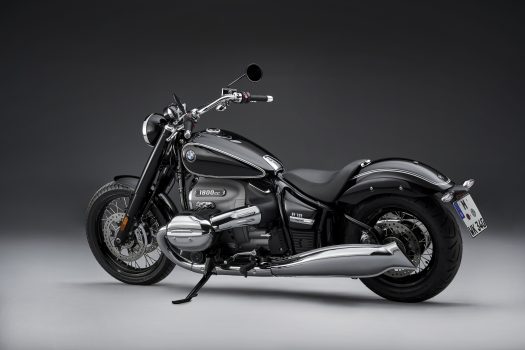 We’ve been salivating over spy photos of BMW’s long-awaited R18 bobber for some time. After throwing a leg over Triumph’s Bonneville Bobber a couple years back, we’re newly converted to the Church of the Power Cruiser, a faith previously thought of as anathema to the very idea of cafe racing. However, the new generation of…