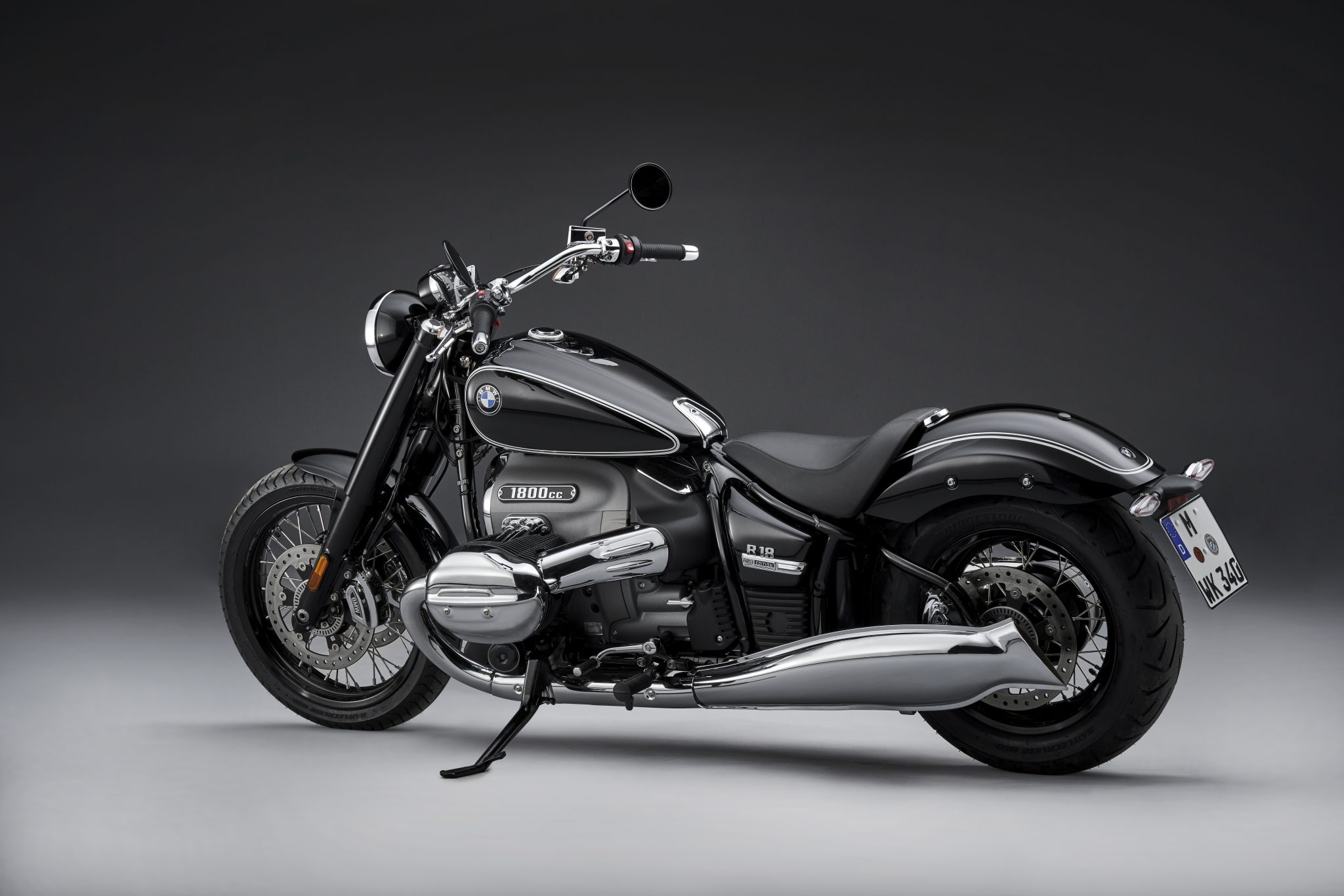 We’ve been salivating over spy photos of BMW’s long-awaited R18 bobber for some time. After throwing a leg over Triumph’s Bonneville Bobber a couple years back, we’re newly converted to the Church of the Power Cruiser, a faith previously thought of as anathema to the very idea of cafe racing. However, the new generation of factory custom bobbers are no mere styling exercises with ho-hum performance as these sorts of bikes were in the 1980s. Instead, BMW’s new R18 is expected to move like free beer at Spring Break, offering up a very brawny 100 foot-pounds of torque and solid handling thanks to its revolutionary chassis design and top-shelf suspension. There are some amazing eye-popping details all over this machine, from the hand pinstriping on the voluptuous bodywork to the board, flat handlebars, directional LED headlamp and the exposed, polished drive shaft internals. If the top-selling R9T twin is any indicator, this should be another very capable and quick retro Beemer, and even the MSRP of under $18,000 doesn’t sound half bad. Come our June/July issue, we’ll provide additional tech info on the biggest-ever Boxer twin while a press launch is slated for fall where we’ll put the Bee Em through its paces which should be more fun than a weekend at Oktoberfest. We’re already envisioning a two-way test between this, Triumph’s Bonnie Bobber and one of Harley-Davidson’s ripping 114 cubin inch Fat Bobs. Stay tuned.