Only a few days left until Cafe Racer’s February/March issue drops and we wanted to turn our readers on to a sneak preview of an upcoming feature story we’re quite proud of. In our ongoing quest to serve-up detailed technical information, we conducted an in-depth interview with Bryan Dwight owner and spray-gun wizard of South… 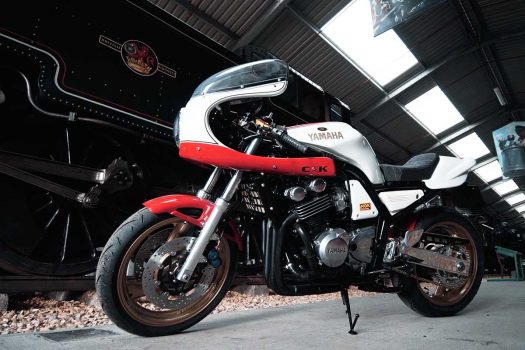 Regular readers of the magazine will be familiar with our ongoing Triumph Trident 900 project bike. The one-off special is being built by our team with assistance from Cafe Racer Kits, a UK firm who specialize in very comprehensive and well-engineered custom bike parts. The parts and accessories included are pretty much summed up by… 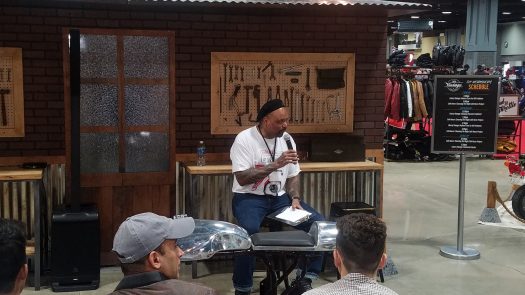 We’re just back from the Washington, D.C. Progressive International Motorcycle Show where the massive crowd was definitely into the custom cafe bike scene. I was enlisted by the organizers to stage several tech talks in the show’s vintage bike arena on how to select the proper donor bike to build a cafe racer and to… 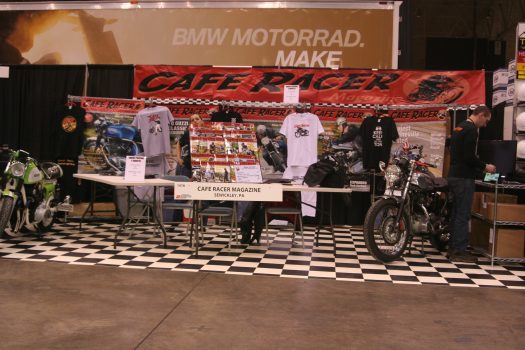 A great means of breaking up winter’s monotony is upon us as the CRM crew are headed South to the Washington, D.C. Progressive International Motorcycle Show. Stop by our booth to say hello, shoot the breeze, check out one of the more recent shop builds and pick up some cool swag we have on offer….

We rediscovered this image recently that goes back to the very first batch of photos that helpful folks submitted to us back in 2008 when this magazine wad first launched. It reminds us of the sheer power of necessity and value when it comes to building custom motorcycles, both of which are exemplified by the…

Regular readers of Cafe Racer will know well our ongoing attempts to install an electric starter in a Triumph 750 engine. The engine, nestled within the featherbed frame of a Triton custom, has, in the past two years, been treated to a retro fitting of the timing gears, starter and other bits to allow push-button…

During a recent visit to London’s Bike Shed, we were lucky enough to spot one of the new Brough Superior S100 motorcycles on display. For those not familiar, Brough Superior were considered the world’s most desirable high-performance streetbikes during the first quarter of the last century. Their large-capacity V-Twins were the first motorcycles capable of…

Heard from a fellow cafe racer enthusiast recently who shot this most excellent video at an Ace Cafe Reunion a couple of years back. The annual ACR, held in September is one of our favorite events, drawing in thousands of the black leather and low bars faithful from across Europe and around the globe. The…

We’ve just returned from a trip to London where there’s always much to absorb on the custom motorcycle front. We visited The Bike Shed, the UK capitol’s hottest motorbike hangout and came away impressed. The Shed has been staging huge, indoor bike shows since 2011 and the space they opened in the Shoreditch neighborhood four…