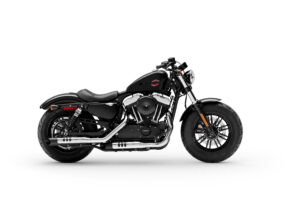 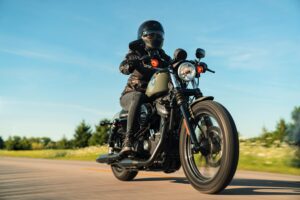 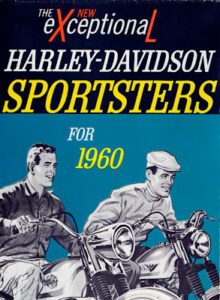 On Sunday, November 20, Harley-Davidson announced the final Evolution-engined Sportster rolled off the Motor Company’s assembly line. More then 10 million units have bene built and sold since the new engine platform was introduced in 1986 and this will be the final air-cooled Sportster as the bike, in continuous production since 1957, is being replaced by the water-cooled Nightster and Sportster 1250s for 2023. This is quite a game-changer for the Bar and Shield as the Sportster has been a consistent top-seller for the brand, racking up some 80,000 motorcycles sold in European markets each of the past few years. The low seat height, unintimidating weight and ease of maintenance made the five-speed Sportsters beloved mounts for riders the world over.

There’s not a single other streetbike that’s enjoyed a time span anywhere near that of the XL Sportster, which made it’s debut back when rocker Elvis Presley rode one on the cover of “The Enthusiast” Harley-Davidson’s in-house magazine. The model has withstood the Japanese invasion – and subsequent takeover of the American streetbike market during the 1960s and ’70s, oil crises, changing fashions and recessions to remain a popular ride which was no easy feat. Used for everything from 1/4 mile drag racing to roadracing duty and even some off-road competitions, the XL was a versatile, adaptable bike. As the owner of no less than six Sportsters during my 40 years of motorcycling, they’ve proven reliable, easily customized, fun bikes to own and ride – despite my first, a kickstart-only, magneto-equipped 1969 XLCH being a serious threat to my orthopedic health.

I fully expect Sportsters, particularly early models, to rocket in value into the silly-money echelon now reserved for Kawasaki two-stroke triples and Harley’s own EL Knucklehead, but this will likely take some time. Until then, it would be a wise decision to pick up a Sportster of your own before they’re relegated to the history books.
—