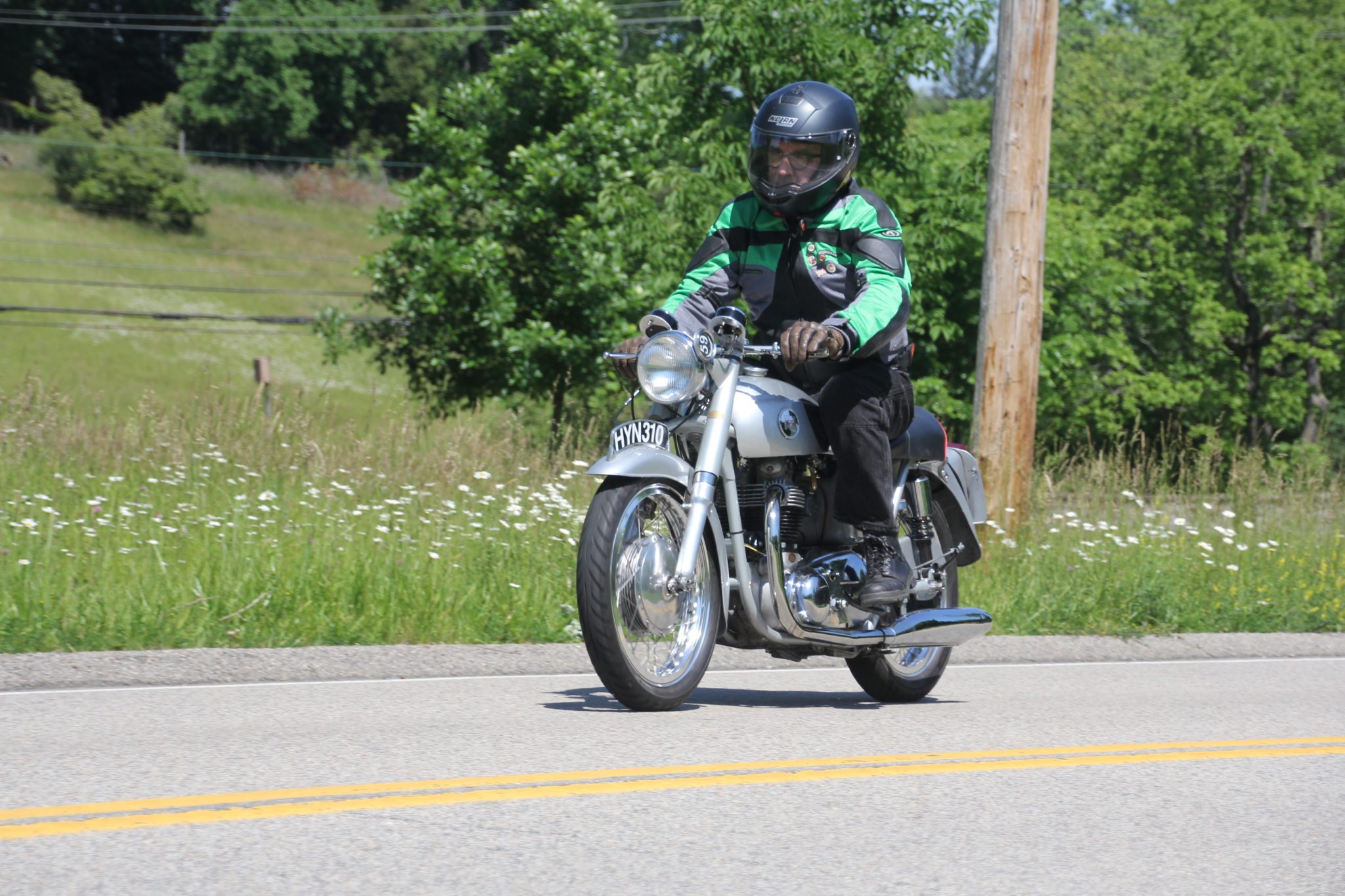 With spring nearly ready to make its permanent appearance in these parts, there’s been a flurry of wrenching at the CRM garage to get the bikes ready for a season’s riding. It’s been incredibly helpful to have various team members stop by the garage during the public lockdown (that hopefully will end soon) to lend their skills to the various projects that are underway. In the current, April/May issue, we’ve begun a brief series of featured centered on riders who rely on classic motorbikes as their sole transportation, a phenomenon that’s really caused some head scratching in the garage. Would it be possible, we collectively wonder, to ride one of our vintage cafe racers as daily transportation instead of as bikes that we roll out once or twice each month? Over the years, I’ve met and been blown away by several riders who have perfected the art of running classic bikes as daily riders and with the 1959 Norton Dominator sitting idle for much of the year, I’m toying with the concept of running it daily. It’s widely believed that riding classic bikes more often than not helps keep the old birds rolling as petrol doesn’t have a chance to go bad, rubber seals and gaskets can’t dry rot and mechanical parts just tend to have a way of developing their own innate reliability when used frequently. I’m always amazed when we’re approached by folks who haven’t ridden or even maintained a bike for years who ask for help getting aid machine running again. Diplomatically, I tell them the best way to keep an old bike rolling is to never cease ridding it in the first place.

With a bum foot that’s unable to kickstart bikes any longer, riding the Norton is something I can only do when other staffers are around. Over the weekend, I was fortunate enough to have Paul Rudolf kick over the Dommie and haven’t not ridden the 600 twin for several months, climbing back onto the saddle was a real joy. The well-balanced twin purrs like no other bike and there’s such a sense of pride in riding a bike we built ourselves. Smooth and far quicker than anyone imagined, the Dommie is all the Norton we’ll ever need (even though we continue to restore them!) She’s been a reliable, surprisingly vibe-free (OK, there’s some shakes at certain speeds) bike and the still-new tires and untaxed engine make me curious about tripling the 200-300 miles we put her through every summer. Stay tuned t the magazine for more tips on riding classics all year and please contact us to share your own experiences by emailing us at rocjkersrule@caferacermag.com