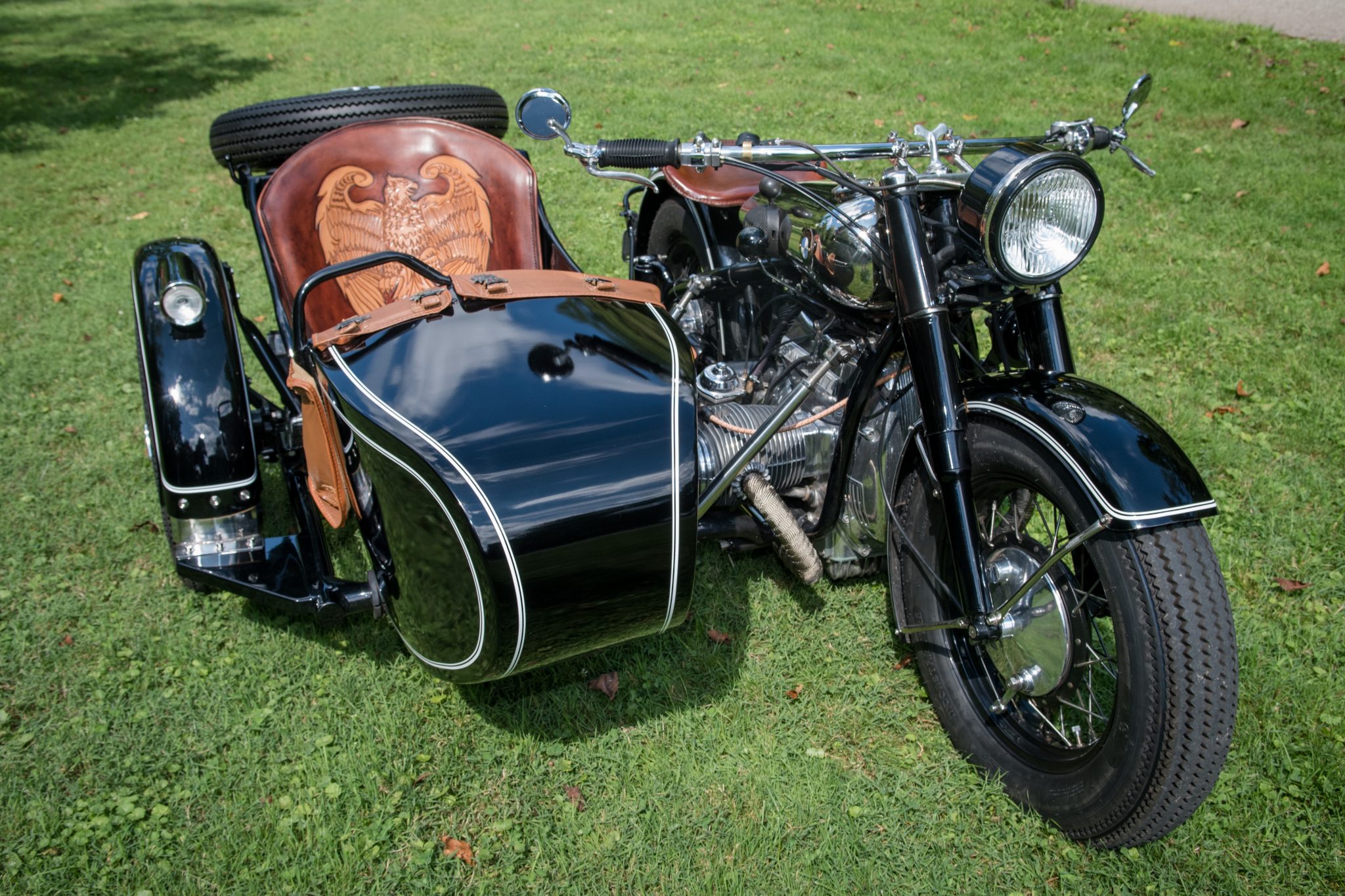 We happen to really dig sidecar rigs here at CRM and our latest October/November issue features two of the mile-munching three wheelers. We’ve been receiving a bit of feedback about the incredible build job and even more fascinating history behind the machine pictured above. This looks like a post WWII BMW R7 equipped with a sidehack, but in reality, its provenance is far more complex. It turns out the original BMW plans were shared with the Russian Army in the brief peace before WWII and thousands of replicas were built by the Russians. They in turn, lent the blueprints to the Chinese under Chairman Mao, and the sturdy, battlefield-tested twins were still in production as late as the 1980s. Pittsburgher Garth Asmussen, the brilliant tech and fabricator who rebuilt this incredible piece of custom iron, has utilized parts from all three nations plus a hist of custom bits from other brands to craft one of the most inspiring custom bikes we’ve yet featured. The machine won trophies at last year’s Reader’s Ride-In Show and we’re likely to see more brilliance from Garth in the future. If we only had the garage space, we’d attempt our own version as Garth tells us used models can be picked up in China for just a couple hundred bucks!