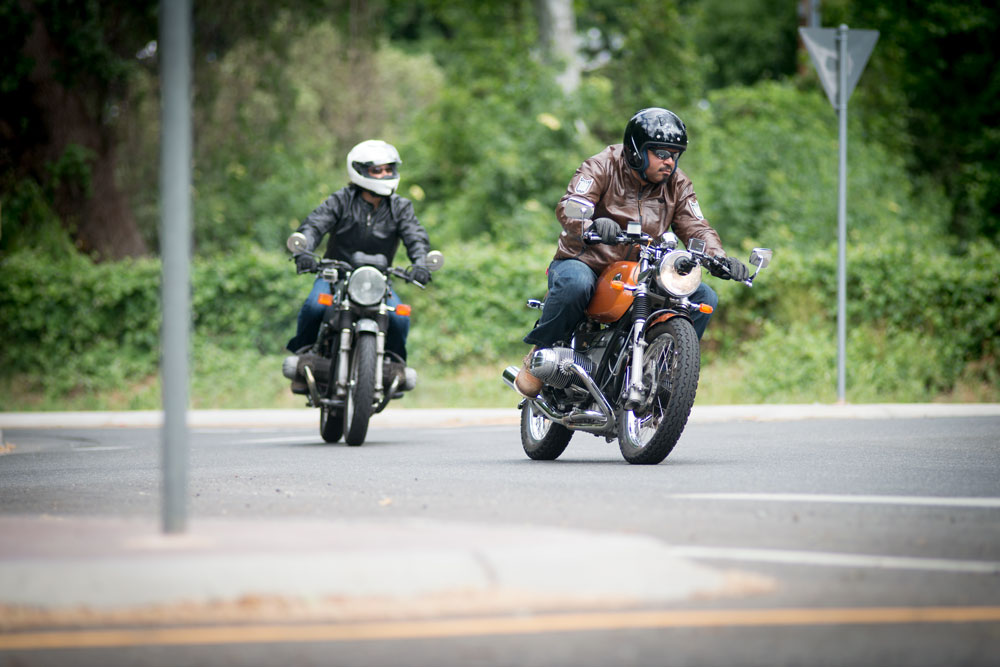 Headed to the West Coast recently for our annual escape the winter and test ride new streetbikes week. The journey from Pittsburgh to L.A. was full of anticipation as team CRM relocated for the week in Agoura Hills, the hilly, arid region where endless paved canyon roads make for some of the best riding memories available. The machines we tested will appear in the magazine over the next few issues and two of our stalwart testers, Rob Bupp and Paul Rudolf, had yet to turn a wheel in this motorbiking paradise and came away duly impressed. During the weekend, the roads around the fabled Rock Store biker hang-out were chock-a-block with two-wheelers of every description and we even managed to photograph a couple of incredible cafe customs along the way. There were, in fact, so many riders cranking along the canyons that we wondered whether So Cal truly was the one place in the U.S. where motorcycle enthusiasts rode their bikes all year rather than just on weekends which is very often the case.

Well, Monday morning put paid to that theory as the five of us were taken aback by the sheer lack of two-wheelers to be seen anywhere but along L.SA.’s hideously clogged freeways. Though California leads the nation in motorcycle registrations, we struggled to spot many streetbikes being ridden as transportation here on weekdays. Like everywhere else, you couldn’t miss the huge number of pick-up trucks plastered in Harley-Davidson bumper stickers and bloke walking around wearing T-shirts festooned with the logos of their favorite motorcycle brands and models, but it seems that even here, in our biking Mecca, commuting by motorcycle is just not the done thing. Some blame the cheap availability of $2 per gallon petrol while others claim that it’s virtually impossible to commute on a bike as only baggers and full dressers offer enough luggage capacity to make two-wheeled commuting worthwhile. Who knows- riders in Asian and European countries seem to find bikes just fine for everyday riding, a concept we Americans just can’t seem to grasp.